Walrus’ award-winning show returns to Edinburgh in Paines Plough’s Roundabout. ‘Let’s just talk until it goes.’ The average person will speak 123,205,750 words in a lifetime. But what if there were a limit? Oliver and Bernadette are about to find out. This two-person show imagines a world where we’re forced to say less. It’s about what we say and how we say it; about the things we can only hear in the silence; about dead cats, activism, eye contact and lemons, lemons, lemons, lemons, lemons. ‘About as promising as debuts get.’ (Time Out). 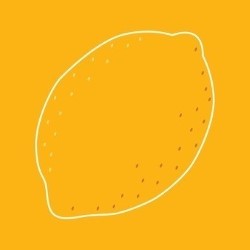 What if we had a daily limit on the number of words we could speak? This is the premise of this experimental political fantasy focusing on the relationship of Bernadette (a lawyer) and Oliver (a musician) in the context of a new ‘hush law’. The law is introduced by the government to ration citizens to 140 words each per day. Oliver campaigns against the law while Bernadette seems not to believe it will actually be voted into effect. Ultimately, for unexplained reasons, it is.

The play is essentially about the dynamics of Bernadette and Oliver’s relationship and how the prospect and reality of the hush law affects their communication. It skips between the couple’s conversations in the past, when they could speak freely, and the present, when they are restricted.

The couple struggle to manage their lexical allowances. On the first day of the hush law, Bernadatte wastes nearly half of her allowance ordering a smoothie. Inconsistent use of the quota between the pair causes tension and raises questions on the importance of the other and the relationship. When Oliver uses his daily limit before returning home, Bernadette is frustrated and comes up with a bunch of random words to spend rest of her allowance, using up her last five with “lemons, lemons, lemons, lemons, lemons”. With varying degrees of success, they learn to monitor how they use their word quota over the course of each day, greeting one another with a number reflecting their available words. We are left to consider a number of questions. What words would we use and leave out, when every word counts? Who would we save our words for? How might we learn to communicate without words?

But the backstory is a restriction of freedom of speech and the social and political implications. The law has some strange effects in society. Songs gradually lose their words because it takes more than a day for the artists or listeners to sing a song. Perhaps most intriguing to me was when Oliver exclaimed that the law is inherently discriminatory because, even if everyone has the same limit, those with less power need more words, while those in positions of power already have the influence they need. They have less need for words. This was a thought that lingered after the play.

In organisations, and society, words are already funnelled and filtered. The ‘140’ limit is obviously borrowed from twitter, which has today excluded quoted tweets, photos, GIFs, videos and poll from its famous 140-character limit. And between the various strata of organisations and society, the possibility to communicate upwards diminishes with altitude. A front-line worker usually has little or no direct access to the Board, for instance. If they want to express anything they may have a small quota of words to do so, if they are lucky. On matters of safety, individuals may indeed have a limit of around 140 words to pass a concern to senior management, perhaps through a reporting scheme.

When we cannot speak out adequately in organisations and society, the concerns and messages do not go away. They take on new forms: learned helplessness, revolt, or anything in between. In Lemons, the characters learn new workarounds: more efficient words, blends and portmanteaus, rudimentary morse code (as with twitter, where people use images of many more words, or use a series of tweets). Some of this is probably not what the lawmakers imagined. In organisations and societies, competing means of communication emerge in response to limits on communication, including behaviours (e.g., facial expressions, postures, whistleblowing, demonstrations, strikes, riots) or other outcomes (e.g., accidents). As I often say to people in positions of power in organisations, people’s concerns and needs remain whether or not we listen to them. But by spending more time listening – allowing time for more words – everyone’s needs can be met, to some extent at least, before it is too late.

Human Factors at The Fringe

Human Factors at The Fringe: The Girl in the Machine

Human Factors at The Fringe: My Eyes Went Dark

This blog is written by Dr Steven Shorrock. I am interdisciplinary humanistic, systems and design practitioner interested in human work from multiple perspectives. My main interest is human and system behaviour, mostly in the context of safety-related organisations. I am a Chartered Ergonomist and Human Factors Specialist with the CIEHF and a Chartered Psychologist with the British Psychological Society. I currently work as a human factors and safety specialist in air traffic control in Europe. I am also Adjunct Associate Professor at University of the Sunshine Coast, Centre for Human Factors & Sociotechnical Systems, and Honorary Clinical Tutor at the University of Edinburgh. I blog in a personal capacity. Views expressed here are mine and not those of any affiliated organisation, unless stated otherwise. You can find me on twitter at @stevenshorrock or email contact[at]humanisticsystems[dot]com. View all posts by stevenshorrock